In 1941, the Canadian mining industry was making every effort possible to produce metals and minerals for war supplies. It was important, given the work environment at the time, to optimize safe production. When the Mine Safety Appliances Company of Canada Limited (now MSA Safety Sales LLC) offered to donate a prestigious trophy to recognize notable achievement, it was gratefully accepted by the Canadian Institute of Mining, Metallurgy and Petroleum.

The first trophy, named the John T. Ryan Trophy honors the founder of Mine Safety Appliances, and was won by the Chesterville Mine near Virginiatown, Ontario.

In 1942, a second national John T. Ryan Trophy was established for coal mines and seven regional trophies for metal and coal mines were donated by the sponsor. With the development of potash mines in Saskatchewan in the late 1960s, it was recognized that a third national trophy was required for the part of Canadian mining which did not fall into either the metal or coal categories. The select mine category was established in 1970.

In 1980, MSA Canada began giving special award certificates to companies which were judged to have made notable achievements in safe production, but were not eligible for one of the nine national and regional trophies awarded annually. At the same time, it included with the trophy presentations a framed certificate of achievement, so that winners would have a permanent record to display. The J.T Ryan program is administered by a committee of the Canadian Institute of Mining, Metallurgy and Petroleum.

The Council of the Canadian Institute of Mining, Metallurgy and Petroleum (CIM) will present trophies annually to the companies whose Canadian mines have achieved the lowest injury frequencies in their geographical and/or mineral sector.

Council supports the principle that mine safety is enhanced through friendly competition and public recognition of extraordinary results.  The goal of the John T. Ryan Safety Trophies Program is to eliminate the suffering of miners and their families due to work injuries.

THE TROPHIES AND AWARDS

The mining industry is divided into three mining sections:  metal mines, select mines and coal mines.  There is one “Canada National Trophy” for each of these sectors.

For metal mines, the industry is divided into four geographical regions:  British Columbia and Yukon; the Prairie Provinces and Northwest Territories; Ontario; Quebec and the Maritime Provinces.  There is one “Regional Trophy” for each of these regions.

For select mines, the industry is divided into two regions; Manitoba and the western provinces and territories; Ontario and the eastern provinces.  There is one “Regional Trophy” for each of these regions.

This means that there are a total of nine trophies which may, on the recommendation of the Committee, be awarded annually.

In addition, “Special Award Certificates” will be awarded at the discretion of the Committee to companies which have exemplary safety records but which are not eligible for a trophy.

PRESENTATION OF THE TROPHIES AND AWARDS

The Canada National Trophies will be presented at the Annual General Meeting of CIM.

The Regional Trophies and Special Award Certificates will be presented at a meeting of mining industry people deemed suitable by the members of the Committee.

Every company operating a mine in Canada is invited to submit an annual entry form, regardless of eligibility.  The information contained in the form may be used in later years to determine eligibility for a Special Award Certificate.

A fatal injury in a calendar year makes a company ineligible.

An industrial disease, (such as hearing loss, white finger, cancer or other slowly developing disabilities) is not a reportable injury.

The Entry Form will be authorized by the Committee, and will be submitted in duplicate by companies to their Provincial or Territorial Representative for review.

The Form will indicate the number of hours worked by the Unit and the number of Lost Time and Modified Work Injuries; these numbers will be certified by the manager in charge of the Unit.

The forms will be returned to the Committee Secretary for Processing at least two months before the Annual General Meeting of CIM.

The John T. Ryan Safety Trophies Committee believes that safety program performance is best measured by the prevention of injuries serious enough to keep a worker from returning to his or her regular job the day following the injury.  However, the Committee endorses the provision of Modified Work as part of a rehabilitation program designed to speed recovery of an injured worker and to reduce the economic impact on both the worker and the company.  Modified Work is not provided to conceal injuries that should be reported, and in recognition of this fact, the Entry Form requires the reporting of both Lost Time and Modified Work injuries so that good work by companies is publicly acknowledged. 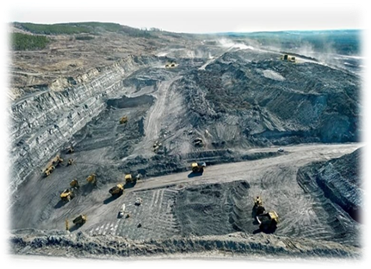 Coalspur Mine (Operations) Ltd, Vista Mine 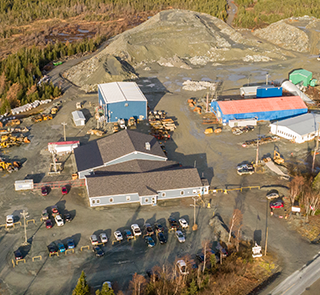