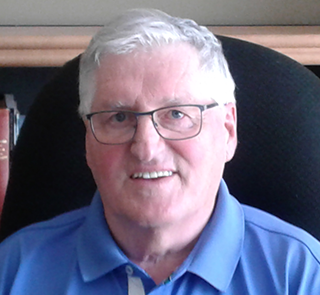 Michel Robinson obtained his diploma in mining engineering at Laval University in 1972 and in business administration with a finance option in 1986 at the University of Quebec in Chicoutimi. His career began in surface mining for Arcelor Mittal (formerly QCM) in Gagnon, and for the Asbestos Corporation in Thetford Mines. He continued in underground mining for Teck Corporation at the Silverfields mine in Cobalt, Ontario, and Niobec, Quebec as facility manager. He has served on the boards of directors of the Association minière du Québec and of the Association paritaire pour la santé et la sécurité du travail du secteur minier (APSM).

Robinson ended his career with Hydro Quebec as responsible for monitoring dykes and dams and civil engineering structures in the large territory of James Bay, Abitibi Témiscamingue and the Saguenay region. He participated in the activities of the CIM  Saguenay Branch, but was mainly active in the Quebec Branch, serving as treasurer until recently. Promoting the mining sector to students has always been at the heart of the Quebec Branch's priorities. Robinson is a member of the Ordre des ingénieurs du Québec.