Over 120 years later, our community continues to play a pivotal role in shaping the future of the mining and minerals resource sector. Learn more about CIM's journey, from its humble beginnings in 1887 to later becoming a leading association in Canada.

The Gold Miners Club of Nova Scotia is founded in Halifax as a somewhat informal club interested in gold mining.

The General Mining Association of the Province of Quebec is organized in Montreal.

The Ontario Mining Institute is organized in Toronto.

The British Columbia Association of Mining Engineers is organized.

The Mining Society of Nova Scotia is formally affiliated with the Canadian Mining Institute.

The Canadian Institute of Mining and Metallurgy becomes the official name of the Institute by an Act of Parliament.

CIM forms the Metallurgy Division and the Geology Division.

The Canadian Institute of Mining and Metallurgy becomes the official name of the Institute by an Act of Parliament.
The Mechanical Electrical Division is renamed the Maintenance/Engineer Division.

The Geology Division is renamed the Geological Society of CIM.

The Coal Division is renamed the Coal and Oil Sands Division.

CIM holds its Annual General Meeting (now known as the CIM Conference & Exhibition) and Tradex (now known as the EXPO) in collaboration with the Prospectors and Developers Association of Canada (PDAC), under the name "Mining Millennium 2000." It is the largest meeting held in recent years.

CIM Council approves the revised version of the CIM Standards on Mineral Resources and Reserves – Definitions and Guidelines, which are incorporated by reference into the new National Instrument 43-101 (NI 43-101).

CIM held its Annual General Meeting and Tradex in collaboration with the Canadian Space Agency under the theme of "Mine Space 2001" Quebec.

CIM's Definition Standards is officially recognized as a reference by the Canadian Securities Administrators.

CIM holds the "Mining in the Arctic" conference in Nunavut.

CIM welcomes a new Executive Director on the Board, Jean Vavrek, and reorganizes its staff and department heads.

CIM holds a conference in collaboration with the World Gold Council in Vancouver.

The CIM Petroleum Society merges with the Society of Petroleum Engineers.

The CIM Bylaw is revised.

The Institute forms the Centre for Excellence in Corporate Social Responsibility.

The Institute expands and moves to a new head office in Montreal.

The CIM Bylaw is revised.

Based on a recommendation by the Governance Committee, CIM Council decides to change the title of CIM’s top position to Chief Executive Officer (CEO) from Executive Director (ED). Angela Hamlyn is the first CEO of CIM.

Due to the COVID-19 pandemic, the CIM Convention and Exhibition 2020, scheduled to take place from May 3 to 6 in Vancouver, is cancelled.

Following the cancellation of its 2020 conference as a result of the pandemic, CIM reached out to industry partners for support under the Corporate Patron Initiative. By May 2021, 35 companies have stepped up to help ensure that CIM can continue to carry out its work of promoting healthy, safe and sustainable practices; fostering diversity and inclusion; improving mineral literacy; preparing the next generation of leaders; and celebrating the achievements of the industry and its members.

The CIM Convention takes place as a fully online event, with the theme "Resilient and Thriving – Together in a Changing World." 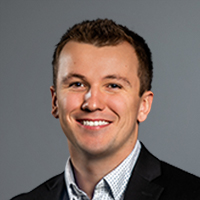 CIM has helped me to find mentors in the industry and to reach out to other sectors.