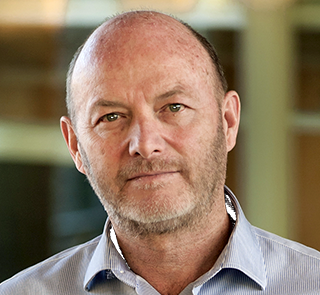 Craig Hart is the past Director of MDRU-Mineral Deposit Research Unit at the University of British Columbia (UBC) where he facilitated industry-sponsored mineral exploration research and training projects on regional metallogeny, gold and porphyry systems, and exploration method development. Dr. Hart integrates field and analytical data to develop new exploration concepts, tools and targets. He raised more than $20 million to support research and training of over 40 graduate students and 20 senior researchers. He was previously at the University of Western Australia (UWA) investigating gold metallogeny of China and Mongolia, and the Yukon Geological Survey undertaking regional mapping/metallogenic surveys. He was a Top 5 finisher and Audience Choice winner (Integra Gold Rush Challenge, 2016), a Boldy Award winner (Geological Association of Canada, 2005), and was the Distinguished Lecturer for the Society of Economic Geologists (2011). He has degrees from McMaster University (BSc 1986), UBC (MSc 1995) and UWA (PhD 2005).

The provinciality of mineral deposits emphasizes crustal and lithospheric-scale controls on their distribution.  For magmatic-associated deposits, the crust and lithosphere are the primary melt and metal sources so they control the limits of fertility and metal tenor.  The crustal blocks that comprise the North American Cordillera are the fundamental controls to its metallogenic diversity, but the geometry and composition of the ancient western Laurentian margin that formed during late NeoProterozoic rifting of Rodinia dominates as a controlling force on Paleozoic, Mesozoic and even Cenozoic, tectonic, magmatic and metallogenic events.  Asymmetric Neoproterozoic rifting formed a continental margin architecture of exposed upper plate promontories and lower plate basins that are juxtaposed across transform zones.   The lower plate is characterized by stratiform base metal and barite deposits that formed during punctuated periods of Paleozoic extension, but is underlain by a previously metasomatized lithospheric mantle that contributed Mesozoic alkaline to peraluminous magmas that generated widespread gold and tungsten metal provinces.  These same lower plate packages subsequently formed Carlin-type gold districts during the Cenozoic that were controlled by the locations of reactivated continental margin rift structures.  Yukon and Nevada share similar metallogenic tenors because they are both hosted by lower plate components of the ancient rifted margin.