WINNER OF THE MEL BARTLEY OUTSTANDING BRANCH AWARD IN 2013

The North Central British Columbia (NCBC) Branch of CIM opened in the fall of 1997 as a result of increased mining activity in the area. Three new major mines opened, employing over 200 people each: the Mount Polley copper/gold mine and the Huckleberry copper/gold/silver mine both opened that fall, and the Kemess South gold/copper mine opened in the spring of 1998. Also in the area are some small industrial mining operations and the Endako molybdenum mine. But that’s not all. Over its first year of operation, the branch attracted members of another mining group to its activities — the placer miners of which there are approximately 1000 in the region.

The NCBC Branch spans a large area, about 600 km north to south, encompassing Quesnel, Williams Lake, Prince George and Smithers, as well as many other small communities. The top industry in the area is forestry, and Prince George is northern B.C.’s transportation corridor with main roads and railways going through it.

The branch became inactive in 2002 with the closure of several operations until it was started again with a revitalization meeting which was held in Prince George in November of 2007. At this meeting a new executive was elected and plans were made to hold the first full-fledged AGM in June of 2008. The support for this meeting and the branch going forward is very strong both from the operations in the area as well as the suppliers associated with it.

Managers of the local mines are very supportive of the branch. The branch executive includes members from the various towns; however, given the central location of Prince George in the branch and the area's operations the annual meetings are held there. 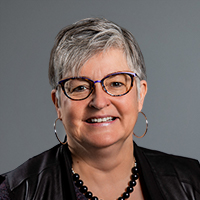 CIM membership’s value for me over my career has been personal development – from developing leadership skills, feeding my hunger for learning, debating new ideas, understanding diverse perspectives, building relationships, coaching and being coached, and getting over my fear of public speaking!