The Hamilton Branch of CIM has its foundations in the steel industry, by far the number-one commodity in the region. The branch offers a top-rate program of technical meetings and dinners, and is continuously working to increase its involvement with students.

Membership of the Hamilton Branch ranges from engineers to presidents and CEOs of companies. The Branch hosts six dinner meetings each year between September and April. Speakers are leaders in their fields, often CEOs and vice-presidents of companies who focus their presentations on business and new business prospects, and new technologies. The major focus of the speaker series is based around a theme designed to preserve and strengthen the position of metallurgical steel.

The technical talk usually draws an average audience of 75 people, and popular topics can command attendance of 125-150. The evening features a hospitality hour at 6:00 p.m., dinner from 7:00 p.m. to 8:00 p.m., then the speaker. The events are held at the Holiday Inn in Burlington.

The branch is very involved in initiatives focusing on students. CIM Hamilton offers a bursary to qualified applicant to assist with post-secondary studies. The branch also offers three awards at the local Bay Area Science and Engineering Fair and encourages corporate sponsorship of student dinner tickets at every meeting.

The CIM Hamilton Branch Executive is the recipient of several CIM National Awards including the 1999 Mel W. Bartley Award for the CIM Branch that has demonstrated the most progress reaching the aims and objectives of the Institute, the 2001 District Proficiency Medal awarded to our Treasurer, Barry Branston and the 2006 Distinguished Service Award presented to Council Member, Jane Wood.

Hamilton branch also works in conjunction with the Ontario Section of ISS and holds annual joint meetings with both AIST and ASM. 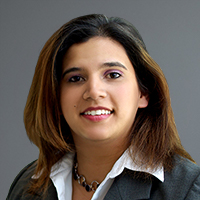 Mining is far more dynamic than its image. Everyone has the opportunity to affect the industry.

Shannon Katary, Director of Marketing and Communications, Maestro Digital Mine and a 2019 winner of the CIM-Bedford Canadian Young Mining Leaders Award