Elk Valley, British Columbia, right off the Alberta border, is an area rich in coal production, the largest local industry seconded only by forestry. There are five coal operations in the area owned and operated by the Teck Coal Corporation. The towns of Elkford, Sparwood, Fernie and the Crowsnest Pass together make a population of around 20,000. The Crowsnest Branch of CIM is tied to these coal mines.

“The focus has been and continues to be raising awareness of the branch, as well as the organization as a whole. Strong communication linking the Teck Coal Corporation, local suppliers and the communities are what we have been striving to build over the last several years,” said branch chairman Jeff Colden. “We’d like to see a strong representation from all parties, and attempt to create a program that interests everyone; both technical and social.”

To take on this task, a full complement of officers has been assembled to form the executive committee. The individuals included are Jeff Colden (chairman), Todd Parks (vice-chairman), North Jones (treasurer) and Lawrence Chow (secretary). Other individuals will often be called upon to assist with large-scale tasks and high-demand organizational activities, the annual MSCCA/CIM Golf Tournament (a CIM Scholarship fundraiser) being a good example. "We are constantly looking for interested individuals to join the team," said Colden.

The branch usually hosts four to five meetings each year, with the active season being roughly September through June. Typical events are hockey, curling, a poker tournament, wine tasting and the annual golf scholarship tournament.

Meeting charges are based on costs, depending on what is organized, whether a beer and pizza night or a sit-down dinner.

The branch hosts an annual Golf Tournament as a fundraiser for the CIM Scholarship Fund. Each year, a scholarship is awarded to a local high school graduate who is pursuing university studies in a minerals industry-related field. There is also a CIM trade scholarship. The recipient is awarded $1,000 the first year, and $2,000 during the second semester of the second year of university; and $1,000 for first year trades. The winner is selected by both the branch executive and the school board. The students apply to their schools, and the schools put forward the applications they select.

The biggest challenge facing the branch is the relatively low membership numbers considering the size of the coal industry in the area. They are always looking for more members. 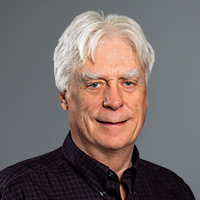 CIM really is the strongest representation of what mining is.