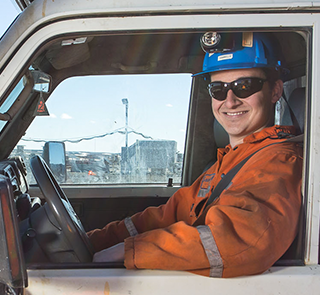 Samwillie Grey-Scott joined Raglan Mine in August 2010 as an apprentice miner. In 2012, he was assigned to the position of service miner. After two years of working in production for underground operations, he was promoted to apprentice mine trainer in 2014, before being appointed stope school trainer supervisor in 2016. Grey-Scott currently holds the position of tamatumani coordinator since 2018.  Within the scope of this position he oversees recruitment, training and organizational development for Raglan Mine’s Inuit employees.

Fluent in English and Inuktitut, Grey-Scott grew up in Aupaluk, Nunavik, where he lived before attending high school in Owen Sound, Ontario. He currently resides in Ontario with his wife and 4 daughters.