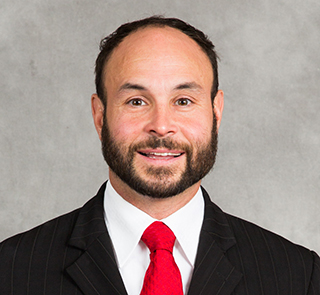 Robert Carey completed computer-aided design & manufacturing (CAD/CAM) in 1995 and began his own design/drafting company, RJC Consulting, in 1997. He continued his education and completed his mechanical engineering degree at the University of Saskatchewan (U of S) in 2003 while working as a CAD technologist. Between 1997 and 2003, he worked as a CAD technologist and spent time working in Saskatchewan, northern Manitoba, Ottawa and Calgary. He gained experience in mining, agriculture, telecommunications, and manufacturing. Carey continued his post-secondary education at the U of S between 2003-2008 where he continued to take undergraduate civil structural engineering classes until 2008. In 2011, he opened RJC Industrial Design Ltd and began offering consulting engineering services.

Carey began attending CIM Saskatoon meetings in 1997 at the recommendation of his employer. He began volunteering with the CIM Saskatoon Branch in 2006 and went on to become chairman in 2007. He assisted with the CIM Convention in Edmonton in 2008 by organizing site tours to PotashCorp Cory Division and Cameco’s Key Lake. He continued volunteering with CIM, becoming a district vice-president from 2010-2012 and president of the Underground Mining Society from 2012-2014. He is still volunteering today with a technical presentation at the 2018 CIM Convention.