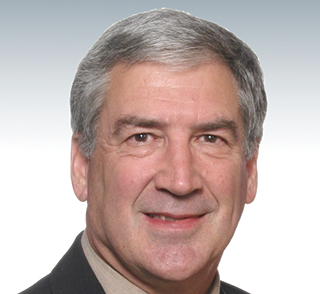 On graduation he worked at Gibraltar Mines (McLeese Lake BC) for 4 years. In 1977, he joined Teck Corporation for the startup of the Afton Mine for 3 years in Kamloops followed by four years at the Highmont operation in the Highland Valley as Mill Superintendent.

Starting in 1984, he worked in consulting engineering with Wright Engineers in Vancouver where he worked on projects in Chile, Spain and in Canada. In 1994 he moved to H.A. Simons and helped to establish the Simons Mining Group (which later became Amec).

Allan re-joined Teck Corporation in 1998 to work as an Owners Technical Representative on the detailed design of the Antamina project in Peru. He was subsequently appointed vice president, engineering in September 1999. From 1999 to his retirement in 2013 he led the technical services group within Teck Resources Project Development Group.

Allan is a Member of the Association of Professional Engineers & Geoscientists of B.C. and a Fellow of the Canadian Institute of Mining, Metallurgy & Petroleum (CIM). He has been actively involved in CIM activities since joining as a student member while in university. He was actively involved in several branches and is a past chair of the South Central BC and Vancouver Branches. He also served a term as CIM’s District 6 Vice President in 1997-98 and headed CIM’s Membership Committee for four years. He was named the Mineral Processor of the Year by the Canadian Mineral Processors in January 2008. After retiring from Teck in 2013, he continues to consult to the mineral industry on metallurgy and project development. In 2015, he re-joined CIM Council as a director-at-large and has served three two year terms in this role.