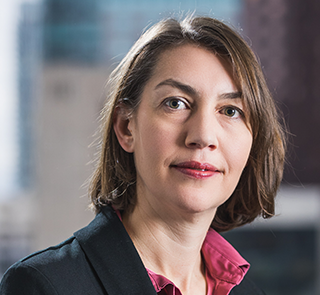 Johnna Muinonen is the president of Dumont Nickel, Magneto Investments LP. Prior to moving over to Magneto in July 2020, she was president, Dumont Nickel for Karora (previously Royal Nickel Corporation). She was with Royal Nickel from 2010-2020 and led the Dumont Project through the study phases. Prior to joining RNC, she was employed by Vale (formerly Inco) for nine years.

Muinonen graduated from Queen’s Mining Engineering in 1998 and is a professional engineer in Ontario. She has volunteered with CIM's Canadian Mineral Processors (CMP) Society  since 2011, starting in the regional CMP, Southern Ontario branch in 2011 and Chair in 2012 and 2013. She then moved on to the National CMP executive in 2015, and was Chair in 2018. After four years on the executive, she has continued to stay on the CMP board as a director. She has been an active member of CIM since 1997.