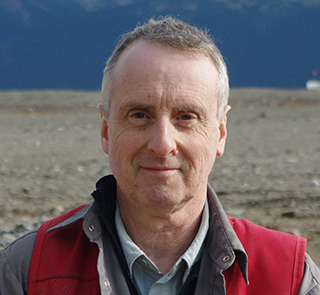 Chris Rees received a B.Sc. in geology from the University College of Wales in 1976, an M.Sc. from the University of Regina in 1980, and a Ph.D. from Carleton University in 1987.  After gaining some industry experience in Quebec and Yukon, he joined the British Columbia Geological Survey and worked on regional mapping projects in central and northern BC until 1997, and had a brief Structural Geology teaching position at the University of Victoria. In 1997 he was employed by Imperial Metals Corporation in the exploration for carbonate-hosted Zn-Pb-Ag in northern BC, and later for sediment-hosted gold in Nevada, US. Since 2003, Rees’s work for Imperial has concentrated on their porphyry copper mining and exploration projects in BC. His interests are in mapping, structural analysis, and understanding and modelling ore-forming processes and controls, and he has written or collaborated on several published research papers.