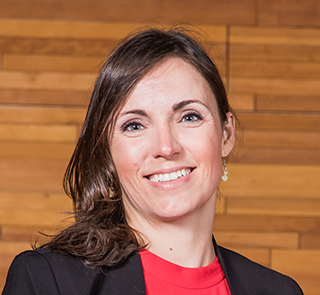 Employed at Raglan Mine since 2008, Amélie Rouleau has held many roles from risk management to her current role as director of public affairs and community engagement at Raglan Mine in Nunavik. Her portfolio includes the improvement and establishment of practices in regards to Raglan Mine’s communications, governance, and relations with its Inuit stakeholders as well as different governments.

Raised in Iqaluit, Nunavut, Rouleau was rapidly aware of the importance of working closely with Inuit communities to build and sustain Raglan Mine’s social license to operate. She has created a process wherein the Inuit communities feel that they have a voice and are engaged in improving the operational, environmental and social practices together. She has initiated several changes with the Raglan Committee, for which she acted as general secretary since 2013 and as chairman in 2018.  Rouleau also participated in the design and implementation of participatory consultations and engagement for the Sivumut project, which is expected to support the future of Raglan Mine for the next 25 years. She has played an instrumental role to renew Raglan Mine’s engagement of the Raglan Agreement with its Inuit partners.